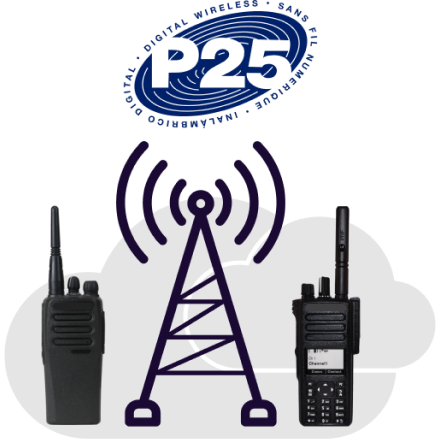 P25 is the trusted technology for the most secure and safe land-mobile radio (LMR) communications in the event of emergencies, public safety events or military communications. Mission-critical communications with P25 is considered the gold standard for multi-agency voice and data LMR communications.
Watch the Video
Download Datasheet
L3Harris Public Safety & Professional Communications (PSPC) is the premier world-wide provider of P25 solutions. Nybsys is a proud partner of L3Harris, offering L3Harris Core, Base stations, Radio End-points and BeOn mobile clients. 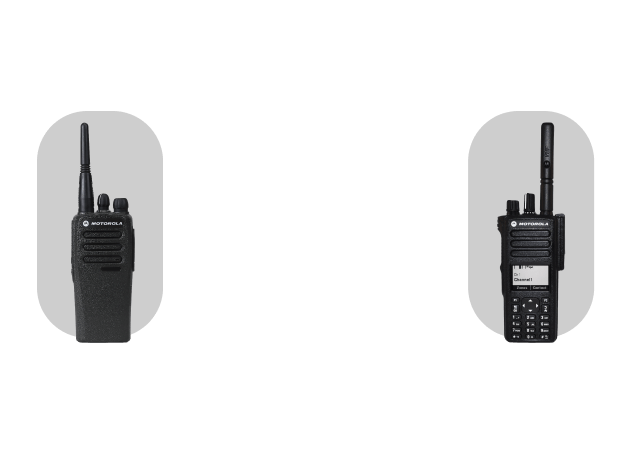 Initiated and led by the public safety community, P25 was standardized by the Telecommunications Industry Association (TIA) for use by local, state and federal public safety organizations in North America. Due to its popularity, P25 can be found all over the world.

Radio users depend on P25 for their mission-critical communications due to its benefits in performance, efficiency, capabilities and quality. The P25 overview diagram below shows how different P25-compliant networks can interoperate with each other. Users with P25 portable radios from different manufacturers can connect with the P25 towers and base-station infrastructure. The base stations connect with the application server, PABX and consoles over the IP network.

Use case for integrated P25-LTE

In times of great emergency, such as the September 11th attacks, or in Hurricane Katrina, access to reliable, integrated communications and tactical information was found to be an absolutely critical need. Unfortunately, the ability to mount a coordinated inter-agency response to major threats was often hampered by the proliferation of divergent signaling standards and non-aligned spectrum planning. APCO Project 25 (commonly called “P25”) digital radio systems was introduced as a solution to the voice communications aspect of this problem. However while P25 systems might effectively support mission-critical voice and low-bandwidth data applications, they fail to provide the high-speed data performance necessary to support the multimedia applications on which today’s public safety agencies are increasingly relying. The 3GPP 4G Long Term Evolution (LTE) and subsequent 5G standards offer a solution to the need for wide-area broadband public safety networks.

Public safety is today undergoing a transition, from voice and low-bandwidth data applications carried on 700 MHz P25 narrowband networks to more advanced data-intensive applications supported by a 700 MHz LTE broadband network overlay. For public safety agencies, the result of combining the two networks is obvious: a unified broadband/narrowband communications infrastructure featuring the strengths of both technologies and on-going access to the continual advances being made with commercial cellular technologies and networks.
In operation, this combination would comprise an integrated network of mobile devices like 50-watt P25 mobiles with hot spots located throughout cities for LTE. As a ubiquitous system, P25 would remain the lifeline for public safety agencies. LTE would then offer them real-time access to an array of high-bandwidth applications that simply cannot be supported over narrowband wireless technologies like P25. These applications include, but are not limited to:


By providing access to these types of applications, the LTE overlay further improves communication and collaboration between different public safety agencies and first responders, increasing their response time and efficiency in the field, and improving public safety and security. And, because LTE/5G uses standardized protocols and interfaces, users beyond the range of their home public safety network now have the ability to maintain a connection using a local public safety 700 MHz network or a commercial wireless network.

Nybsys bridges together a P25 network with cellular and wifi networks via LMR and ISSI Gateways. Nybsys Sentra core-based solution can be used to bridge other types of LMR traffic, such as DMR and Tetra, as well with P25.

Nybsys LMR gateways can connect P25, DMR, TETRA, VHF/UHF radios to interoperate with neighboring or remote systems. This allows for agency interoperability without trading radios or losing radio coverage. P25 portable repeaters can pave the way to extend P25 coverage and communicate with the Sentra Dispatch and the command infrastructure. This unified communication structure defines a faster and more secure communication method for multiple radio equipment manufacturers without having to buy a single vendor solution.

For public safety agencies or other P25 radio users, Nybsys offers a way to leverage the same functionality that consumer 4G/5G customers enjoy, including greater economies of scale (e.g., a lower cost/bit). An LTE/5G-based network can be overlaid on the P25 Land Mobile Radio (LMR) network to deliver both low-latency PTT and bandwidth-optimized advanced multimedia capabilities.

A P25 radio system is a proven technology solution that ensures encrypted data transmission and has better interoperability. NybSys is the only vendor providing a complete communication ecosystem that includes P25, tactical LTE, PTT App, and a unified web-based Dispatch system. Get in touch with us and get a free demonstration of our solutions.

Want to see your ideas into life? Get connencted with us